Paxlovid vs. Molnupiravir for COVID-19 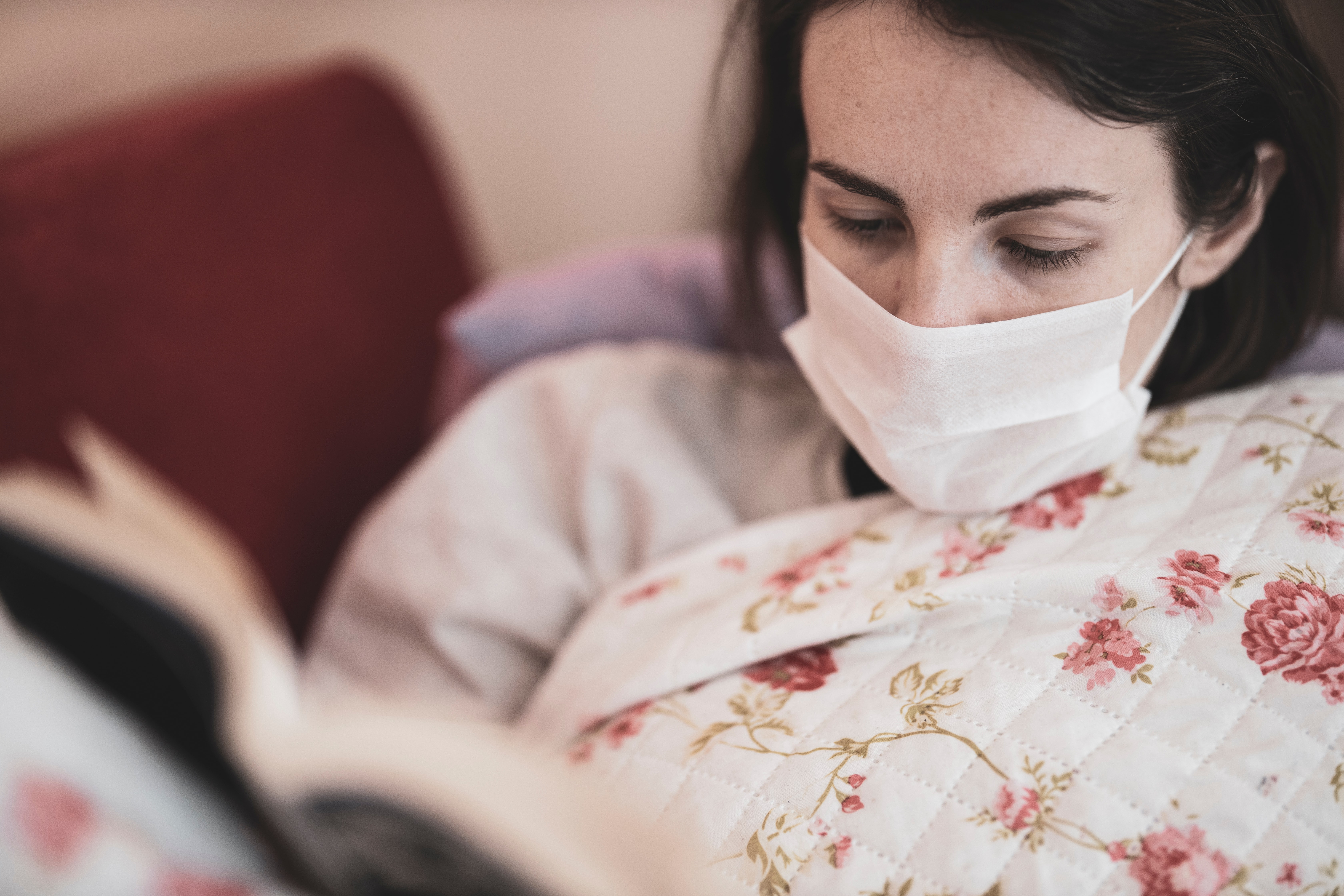 Nearly 2 years after it began, the COVID-19 pandemic continues to rage on. As the number of cases continues to rise, it’s clear that the fight isn’t over yet. But during this time, many scientific and medical breakthroughs have been made to help combat this illness.

In late December 2021, the FDA authorized two oral COVID-19 treatments: Paxlovid (nirmatrelvir and ritonavir) and molnupiravir. These are the first two oral medications that can help prevent mild or moderate COVID-19 from worsening. But with all the buzz on these COVID-19 pills, it can be easy to confuse them.

Here, we’ll discuss the differences between Paxlovid and molnupiravir when used to treat COVID-19.

Paxlovid is a combination of two antiviral pills: nirmatrelvir and ritonavir. This medication made by Pfizer was the first oral medication to receive FDA emergency use authorization (EUA) for treating mild to moderate COVID-19.

Paxlovid is authorized for adults and children ages 12 and older that weigh at least 88 pounds (40 kg). Paxlovid is currently only recommended for people at high risk of developing severe COVID-19. High-risk people include older adults and those with certain medical conditions.

How does Paxlovid work for COVID-19?

The two medications in Paxlovid work together to help treat COVID-19. Both nirmatrelvir and ritonavir belong to the same class of medications: protease inhibitors.

Nirmatrelvir stops the virus that causes COVID-19 from copying itself. The virus relies on an enzyme (protein) in our bodies called protease to copy itself. Nirmatrelvir temporarily stops this enzyme from working so the virus can’t use it to multiply.

Molnupiravir is also an oral antiviral pill authorized to treat mild to moderate COVID-19. This medication, manufactured by Merck, received EUA shortly after Paxlovid. Molnupiravir is authorized for adults ages 18 and older that are at high risk of severe COVID-19. However, the FDA has stated it should only be used if no other recommended COVID-19 treatments are available.

How does molnupiravir work for COVID-19?

Molnupiravir is a nucleoside analog. It also stops the COVID-19 virus from copying itself. But it does this in a different way than Paxlovid.

Molnupiravir looks like genetic building blocks that the COVID-19 virus uses to copy itself. So when you take the medication, the virus mistakenly inserts molnupiravir into its genetic material. When this happens, the virus can’t copy itself.

How are Paxlovid and molnupiravir dosed and given?

Paxlovid and molnupiravir have several similarities when it comes to taking each medication. The biggest dose difference lies in how many pills you take at one time.

Paxlovid comes as a prepackaged carton containing 30 tablets. For each dose, you’ll take two nirmatrelvir tablets and one ritonavir tablet. These three pills should be taken by mouth twice daily for 5 days. Swallow the pills whole. Don’t split, chew, or crush them.

A molnupiravir prescription comes with 40 capsules. Take four capsules by mouth twice daily (every 12 hours) for 5 days. The capsules should be swallowed whole. Don’t open or crush the capsules.

Paxlovid and molnupiravir should be started within 5 days of when a person first starts experiencing COVID-19 symptoms. Both COVID-19 pills can be taken with or without food. It’s also important to finish all the medication prescribed to you to help them be as effective as possible.

How effective are Paxlovid and molnupiravir for treating COVID-19?

The effectiveness is probably the most notable difference between Paxlovid and molnupiravir.

On the other hand, molnupiravir lowered the risk of COVID-19 hospital stays or death by about 30% in high-risk people. This difference in effectiveness may be one of the reasons the FDA suggests using molnupiravir only if other treatments aren’t available.

It’s important to note that these levels of effectiveness were recorded when study participants started Paxlovid or molnupiravir within 5 days of first feeling symptoms. The medications’ effectiveness is lower if the medications are started after this timeframe.

What are the known side effects of Paxlovid and molnupiravir?

Side effects for both Paxlovid and molnupiravir were mild for most people in clinical trials.

Common Paxlovid side effects include:

What are the serious side effects of Paxlovid and molnupiravir

As with any medication, Paxlovid and molnupiravir have risks of more serious side effects. Each medication’s risks are unique. These could be a reason why a healthcare provider may pick one COVID-19 pill over the other.

Paxlovid can be hard on both the liver and kidneys. It’s possible this medication could damage these organs, especially if you already have issues with them. Paxlovid isn’t recommended if you have liver problems. If you have kidney problems, you may need a different dose of Paxlovid. Depending on your personal risks, your healthcare provider may also choose to avoid prescribing it.

Protease inhibitors are often used to treat HIV. As mentioned above, Paxlovid contains two protease inhibitors. This medication may cause HIV to become resistant to other HIV medications if you aren’t being fully treated for the condition. If you have HIV, discuss whether Paxlovid is the best choice for you with your healthcare provider.

Molnupiravir shouldn’t be taken if you’re pregnant. Animal studies suggest that molnupiravir may harm unborn babies or cause a miscarriage. If you are sexually active and able to get pregnant, you should use reliable birth control while taking molnupiravir and for 4 days after your last dose.

There’s also concern that molnupiravir may affect sperm. Experts are unsure if this could affect a future pregnancy. As an extra precaution, it’s recommended for males who are sexually active with a person who can get pregnant to use condoms while taking molnupiravir. They should also continue using condoms for at least 3 months after their last dose.

Molnupiravir also shouldn’t be taken by people under 18 years old. This is because the medication may affect bone and cartilage development in younger people. Discuss the best COVID-19 treatment option for your child or teen with their healthcare provider.

What interactions do Paxlovid and molnupiravir have?

Paxlovid interacts with many medications. Some interactions make Paxlovid less effective, and others make it too plentiful in your body.

The following list includes some of the most notable interactions. But there are many other medications that may be unsafe to combine with Paxlovid. Discuss all medications and over-the-counter (OTC) products you take with your healthcare provider and pharmacist.

Some of Paxlovid’s interactions include:

Certain medications that treat heart rhythm problems, such as amiodarone (Pacerone)
Certain medications used to control seizures, such as carbamazepine (Tegretol)
Certain statin cholesterol medications, such as simvastatin (Zocor)
Colchicine (Colcrys)
Ergot medications, such as dihydroergotamine mesylate (D.H.E. 45, Migranal)
Forms of birth control that include an estrogen called ethinyl estradiol
Lurasidone (Latuda)
Sildenafil (Revatio) when used to treat pulmonary arterial hypertension (PAH)
St. John’s wort — an OTC herbal product
Currently, molnupiravir isn’t known to interact with any medications. This is still being studied and may change as more information becomes available. Always discuss all your medications with your healthcare provider before starting a new medication.

How much do Paxlovid and molnupiravir cost?

Definite cost information for Paxlovid and molnupiravir still isn’t available. The original prices reported were around $530 for a course of Paxlovid and about $700 for a round of molnupiravir.

More recently, news reports have stated that Paxlovid will be provided to all U.S. states at no cost. Merck has previously stated the cost of molnupiravir will also be lower than the original price given. But an exact cost hasn’t been confirmed for either.

We’ll know more about their costs as these COVID-19 pills become available. Quantities of Paxlovid and molnupiravir are limited at this time. More courses of the two antiviral treatments will be shipped to the U.S. during 2022.

Can you take Paxlovid and molnupiravir together for COVID-19?

No. This combination hasn’t been studied for any use, including COVID-19. An interaction between Paxlovid and molnupiravir isn’t listed by either Pfizer or Merck. But due to the lack of research about whether this is safe or effective, this combination isn’t suggested.